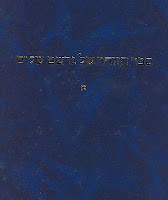 A few years ago, the Hebrew University's Magnes Press published a special edition of the Zohar (The Book of Splendor – probably the most important Kabbalic text, dating from the Thirteenth Century). This edition of the Zohar wasn't a scholarly edition, but rather a facsimile of one of the old editions. However this is no ordinary facsimile – this mass reproduced edition is based on a Relic Zohar – the one owned by the famous Kabbalah scholar Gershom Scholem since he was seventeen till his demise, filled with comments in his own handwriting. The book's title is "Gershom Scholem's Zohar". Its six volumes may be bought for 367$.

The idea of publishing handwritten comments of prominent scholars taps an old rabbinic concept. The locution "be'ezem ktav yad kodsho" (something like "in the very holiness of his handwriting") is a technical term of sorts that denotes the writing in an original manuscript of an important rabbinic author as opposed to its copies and/or printed editions. This phrase conveys a sense of originality, but also a sense of sacrality – the very act of writing by an important rabbi is considered holy.

In what ways does the Magnes Press manipulate this traditional concept? The act of reproducing Scholem's handwritten comments in their original form tries to place Scholem somehow within the rabbinic tradition – it tells us "here is a modern scholar worthy of the mantle of a rabbinic sage". This says something about the complicated relationship between modern Jewish Studies and the traditional mode of Jewish learning. There's much more to be said about that, but it is not our issue here.

Our issue is the way that this message is conveyed. Scholem's comments aren't reproduced in printed Hebrew – they are presented to the reader in their handwritten form, alongside the Zohar's printed text (in Hebrew the difference between cursive script and printed script is very large – amounting to a different alphabet). The reader is faced with two kinds of mass reproduced text – the original printed form of the Zoharic text, and the mass-reproduced-but-pretending-not-to-be text of Scholem's comments. This is not a Relic book – it is a book pretending to be a relic by way of mass reproduction. What are the conceptual mechanisms involved here? 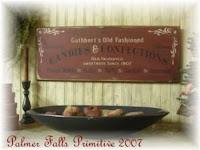 These are very similar to the conceptual manipulation used in an advertisement trying to play on the old fashioned and homely traits of a mass produced commodity (like this one). Such an advertisement tries to conceal the mass production by conceptually coloring the commodity in an atmosphere of old fashioned production. In a similar manner, the mass reproduced quality of the text of the Zohar is shaded by the pseudo-handwritten signs of Scholem's comments.

But there's a two sided bargain here. On the one hand the pretension to reproduced-relic status involves an oxymoron – if it's reproduced it ain't a relic. That is to say reproduction reduces the relic's "aura" in Walter Benjaminian parlance. But on the other hand the mass reproduction in this instance rescues the handwriting from its original ephemerality - And here Lisa Gitelman's presentation in the Second Iconic Book Symposium comes to mind. As in the example she discussed – the book Day – we are faced here with Walter Benjamin turned upside down – mass reproduction creates the aura instead of diminishing it.

How does this project generally on the category of a Relic Book? It introduces a new concept – the Pseudo-Relic. A Pseudo-Relic Book is a book which reproduces two distinct things – the text of the original relic book, but also the relicness of the original relic book. The text is reproduced in a straightforward manner; whereas the relicness has to do with an extra-textual feature which is also reproduced. I would define both Scholem's Zohar and the copies of Jung's red book as Pseudo-Relics.

I wonder if this question applies to all facsimile publications. That is, facsimiles tried to reproduce the physical look of the original. The attempt to produce facsimiles indicates a judgment that something is lost by just reprinting the textual contents, yet it's an ironic exercise because, as you point out, the facsimile is never the original relic text. While copying any text in any legible form, even in artwork, necessarily reproduces at least part of the text itself, the relic text by contrast is never fully reproduced even in facsimile. Even more complicated is the case of facsimile reproduction in translation: I wonder if the English translation of Jung'e Red Book tries to mimic his German calligraphy?