Posted by Jim Watts
The Good Book: A Secular Bible by British philosopher A. C. Grayling offers alternative content to the Christian Bible, but imitates its form, including two columns of text on each page, King James-sounding English, and familiar section titles, such as "Genesis," "Parables," and "Epistles." The collector of the volume explained the format to an audience in Virginia, reported The Christian Post: "Part of the success of the religious Bible is the function of the way it's organized, the way it presents itself," said the professor of Philosophy at Birkbeck College, University of London. "When you print something double column, chapter and verse, it's a very accessible, very inviting format."

(The publishers, however, do not seem to have gotten on board: the book does not look very Bible-like.)


Reviews of the format have been decidedly mixed. The Telegraph called it "cheeky," while the New York Times review complains about Grayling's failure to cite the sources of his material and wonders, "Is this book an odd joke? A parody of the Bible?" The Guardian offers a more flattering account by focusing largely on Grayling rather than his book.
I haven't seen a copy of The Good Book yet, but it sounds as if Grayling has attempting to preserve the Bible's iconic form while replacing its semantic content. His mistake, I think, lies in failing to realize that the social power of scriptures is generated by being ritualized in semantic, iconic and performative dimensions. A Bible without a network of congregations to ritualize it is no Bible at all.
Labels: Bible, new books, rituals, sales
Email ThisBlogThis!Share to TwitterShare to FacebookShare to Pinterest
No comments: 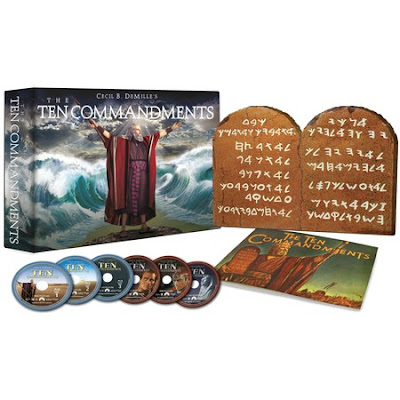 But the article complains of "tacky" execution: "And what’s worse, the tablets don’t work: the clasps holding the discs in place easily come loose, allowing the discs slip and slide against each other." But then, the complaint that the Ten Commandments don't work is hardly new ...
Labels: media, performance, sales, Ten Commandments
Email ThisBlogThis!Share to TwitterShare to FacebookShare to Pinterest
No comments:

Library Use Statistics: Up!

Posted by Jim Watts
Bookseller Timothy McSweeney, produced a six part report on "The State of Publishing" in February that emphasizes, as he puts it:


The good news is that there isn't as much bad news as popularly assumed. In fact, almost all of the news is good, and most of it is very good. Book sales are up, way up, from twenty years ago. Young adult readership is far wider and deeper than ever before. Library membership and circulation is at all-time high.

I find the statistics that he gathered on library usage particularly interesting:

The more libraries I spoke with, the more I realized they are not only doing well, but that they did, in 2010, easily surpass historic rates of user growth in all fields—most importantly, borrowed items and registered borrowers.

McSweeney's statistics did not go unchallenged. Jane Friedman of Writer's Digest disputed his statistics on library usage, publishing and readership and Jeremy Dibbel of PhiloBiblos finds them "incomplete." The debate over the future of the book seems to be hamstrung by the fact that there is no agreement about the book in the present, or even the very recent past.

But before we leave the subject, I need to point out an observation that Jane Friedman makes about McSweeney's in a postscript to her critique:


I have been a longtime fan of McSweeney's. As my colleagues at Writer's Digest could tell you, I would repeatedly bring their publications  to team meetings and say: THIS is what we need to do. I admired how their physical production was as much a piece of art as the writing contained inside. It made the print product worth having and worth investing in. I think a segment of print publishing may end up going in this direction. (Book as talisman, as keepsake, as identity giver.)

It is natural so see iconic books and e-books as opposites, but my recent research suggest their relationship is much more complicated. More on that later ...
Labels: libraries, reading, sales, talismans
Email ThisBlogThis!Share to TwitterShare to FacebookShare to Pinterest
No comments:

Group Identity and the Possession of Texts

Posted by Jim Watts
Groups (families, ethnic groups, religions, nations) make texts iconic when they base ownership claims on some kind of historic identification with the texts, their authors or previous owners. The problem is, of course, that these identity claims often come into conflict with those of others. Many such conflicts rage over texts and other artifacts in Western museums, but I know of few that illustrate the stakes for group identity as clearly as the argument over who should get the Iraqi Jewish archives.

Alex Joffe in Jewish Ideas Daily describes the situation of the archive discovered in 2003 by American troops in a building of the Iraqi secret police:


The earliest item dates to 1568, but most of the other materials are from the late-19th and early-20th centuries.Judeo-Arabic manuscripts, Torah scrolls and mantles, children's primers, family photographs, letters, all seized from Iraq's long-banished Jews. Through a confluence of initiatives involving the U.S. military, the Iraqi opposition, the Coalition Provisional Authority, and the Iraqi State Board of Antiquities and Heritage, the trove was transported to the U.S. where it was freeze-dried, conserved, and photographed. It remains in the charge of the National Archives and Records Administration and the Center for Jewish History.Representatives of the Iraqi Jewish community in Israel have staked a claim to the trove. But so, for its part, has Iraq itself, whose new Minister of Tourism and Antiquities has named the return of the archive as a top priority.

After recounting the history of Jewish persecution in Iraq, Joffe asks: "By what right should a society that barely tolerated and then expelled its Jews, and that loathes and forbids the presence of Jews now, be given 27 cases of Jewish documents and books?" He suggests: "International refugee law provides for 'non-refoulment': that is, refugees must not be returned to a situation where they would be put in jeopardy. Might a similar principle be considered for antiquities?"
Labels: identification, Jews, ownership, politics
Email ThisBlogThis!Share to TwitterShare to FacebookShare to Pinterest
No comments: