Posted by Jim Watts
I have already had reason to comment that Pakistan's draconian blasphemy laws fuel the invention of charges of Qur'an desecration in that country (see also my case study comparing different cultures). However, the efforts of human rights organizations to change the law seem to be suffering setbacks this month. The New York Times reports:

A crippling strike by Islamist parties brought Pakistan to a standstill on Friday as thousands of people took to the streets and forced businesses to close to head off any change in the country’s blasphemy law ....

The general strike and protests Friday are an indication of the power Islamists hold on the streets of Pakistan. It is also a sharp contrast to the campaigns by rights activists and opponents of the blasphemy laws who have vented their opposition and discontent mostly on the Internet and social networks like Facebook and Twitter. Protest rallies by rights activists have been ineffective and relatively small.

... the huge show of force by religious parties, and even the attention local news media outlets gave them on Friday, would only embolden the religious elements in the country, analysts said. The dynamic was such that “the government may not be able to make any changes in the blasphemy laws in the coming years,” Mr. Rais predicted. 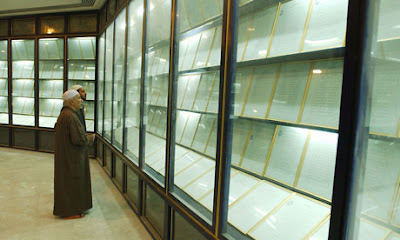 The Guardian reports on the fate of a bizarre relic: a Qur'an written in Saddam Hussein's blood.

Over the course of two painstaking years in the late 1990s, Saddam Hussein had sat regularly with a nurse and an Islamic calligrapher; the former drawing 27 litres of his blood and the latter using it as a macabre ink to transcribe a Qur'an. But since the fall of Baghdad, almost eight years ago, it has stayed largely out of sight - locked away behind three vaulted doors. It is the one part of the ousted tyrant's legacy that Iraq has simply not known what to do with.

The article goes on to discuss how the Iraqi government is dealing with other monuments and relics of the dictators reign.

I suspect, though, that the Blood Qur'an will prove to be a unique problem for them. It combines in one relic an object of the most intense veneration for Muslims, the Qur'an, with a bodily substance closely identified with the deposed and executed dictator, his blood. Here the political pressure for its preservation and for its destruction will both be felt most fiercely.

Books have often functioned as relics of venerated figures that rival in importance their bodily relics. But in this case, the book IS a bodily relic.
Labels: politics, Quran, relics
Email ThisBlogThis!Share to TwitterShare to FacebookShare to Pinterest
1 comment:

Posted by Jim Watts
Now Book Patrol draws our attention to the photo archives of the Los Angeles Public Library. Some distinctive pictures here of the politics of books in 1962, by two different parties: 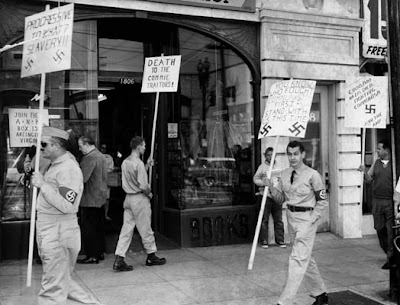 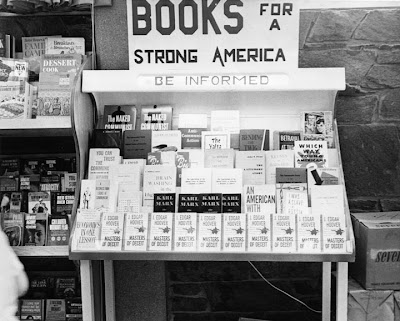 Posted by Jim Watts
Michael Liebermann on Book Patrol calls attention to the fact that the Boston Public Library has put 15,000 images from their archives on Flickr. They include vintage advertisements like this 1895 poster 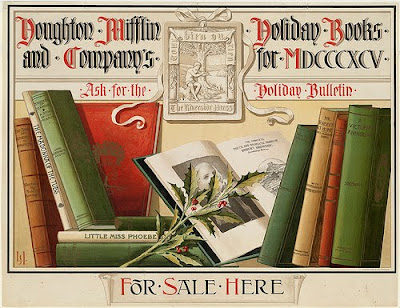 and also images of the libraries and their patrons, like this of the Dorchester Branch's summer reading club: 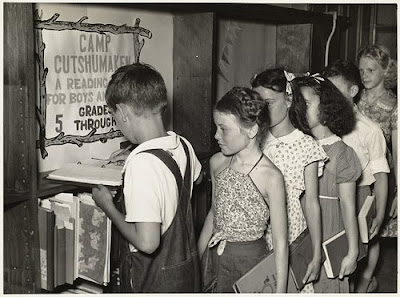