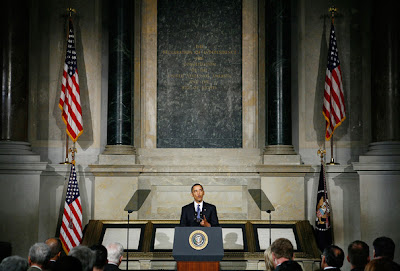 He spoke in the Rotunda of the National Archives with the Constitution and Bill of Rights displayed right behind him. 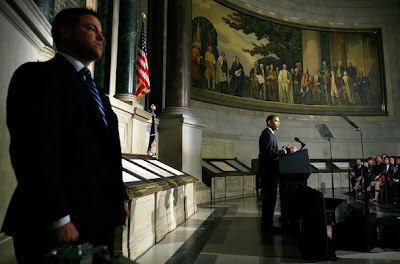 From the side, he was framed by paintings of the Constitution's signers. 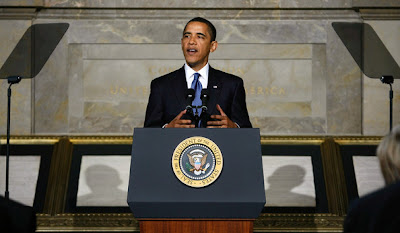 Former Vice President Dick Cheney presented a strong rebuttal speech immediately afterwards at the American Enterprise Institute. Pictures show him framed by the word "Enterprise." The debate over prisoner detention policy will no doubt continue for a long time, but the dueling pictures give a clear win to Obama.
Labels: constitution, legitimacy (ethos), politics
Email ThisBlogThis!Share to TwitterShare to FacebookShare to Pinterest